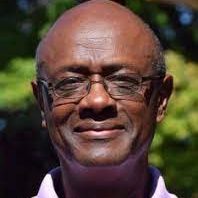 Lester Strong
Punta Gorda, FL
After a distinguished career as a TV news producer, reporter and anchor in Charlotte, Atlanta, New York and Boston, Lester Strong began his encore career in the nonprofit and education sectors. He served as Principal Gifts Officer and CEO of AARP Experience Corps, which tutors and mentors elementary school children who struggle with reading by utilizing the skills and experiences of adults 55-plus. As Chief Development Officer for the BELL (Building Educated Leaders for Life) Foundation, he doubled the foundation’s endowment and propelled expansion from three to five cities. Later he launched a community dialogue between young people and police officers in Kingston, NY called The Peaceful Guardians Project. A longtime proponent and practitioner of meditation, Lester was CEO of the SYDA Foundation, an organization that provides instruction in yoga and meditation in 46 countries. He is a graduate of Davidson College and Columbia Business School.