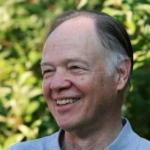 Harry (Rick) Moody
San Mateo, CA
Harry (Rick) Moody, Ph.D., exemplifies what "encore" really means. Harry retired as Vice President for Academic Affairs with AARP and is currently Visiting Faculty at Fielding Graduate University and Tohoku University in Japan. He previously served as Executive Director of the Brookdale Center on Aging at Hunter College and Chairman of the Board of Elderhostel (now Road Scholar). He is author of many scholarly articles, and books including co-author of Aging: Concepts and Controversies. a gerontology textbook now in its 10th edition. His book, The Five Stages of the Soul, was published by Doubleday and has been translated into seven languages worldwide. He is the editor of the "Human Values in Aging" newsletter, with 5,000 subscribers monthly. In 2011 he received the Lifetime Achievement Award from the American Society on Aging and in 2008 he was named by Utne Reader Magazine as one of “50 Visionaries Who Are Changing Your World.” His current book, Climate Change in an Aging Society, will be published next year by Routledge.