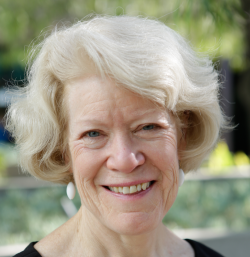 Betsy Werley
New York City, NY
Betsy Werley is a shining example of an Encore Network Champion, having led two successful networks of older adults in this stage of life. In 2005, she became executive director of the Transition Network, organizing women moving from their primary career to what is next. She grew the organization from two chapters to 10, in just 8 years. Selected as one of the first Encore Innovation Fellows in 2013, she began building the Encore Network at Encore.org. As director, Betsy’s vision and leadership strengthened the movement, connecting 150 leaders worldwide for learning and growth, laying the foundation for success.